Peak locomotive (possibly D15) passes through Sutton Park station with express 1O95 on this uncredited photo from the mid 1960s. Practically everything in the photograph has now gone, except the upside island platform which is very overgrown. The downside platform remains (left) were recently cleared away and the area fenced off in connection with a new development, possibly part of the nearby post office depot expansion.

With regards to the loco, Mel Holley writes: "Great picture - and brilliant trackwork - that single slip! I don’t wish to be a party-pooper, or a pedant, but it cannot be D15, as this was one of the four built with centre doors and split headcode boxes. From D16 onwards, they were split box, but built without doors. D15 survived long enough in this form (at least until 1967 when it was pictured at Bristol Temple Meads) with its centre doors, so it was converted to flush doors after it had been painted blue. Perhaps this is D25?” 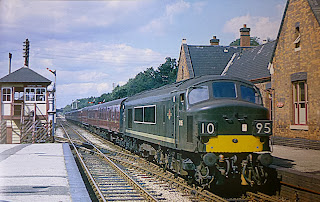 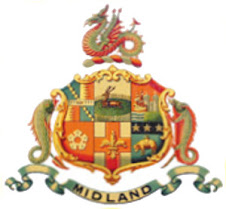 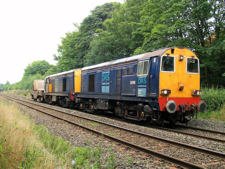